Portal vein embolization (PVE) is a procedure that is often used as a preparation for patients with liver cancer who require surgical resection of the diseased parts of their liver. In the past, patients with large tumors or multiple tumors were often not considered surgical candidates because so much of their liver would have to be removed that it would compromise the organ’s normal functions. PVE increases these patients’ chances of being candidates for the surgical removal of liver cancers.

Taking advantage of your livers' abilities

The procedure takes advantage of the fact that the liver has two blood supplies. It gets about 25% of its blood supply from the hepatic artery and the other 75% from the portal vein. The liver also has the ability to heal itself if at least 30% of its organ tissue remains intact after diseased tissue is surgically removed. PVE blocks (embolizes) flow of blood from the portal vein to the diseased portions of the liver, and redirects it to the parts of the liver that are expected to remain after surgery. This stimulates hypertrophy (growth) of the healthy liver tissue at the same time that it shrinks the diseased portion of the liver, making it much easier for your oncological surgeon to remove the maximum amount of the tumor or tumors during surgery.

Although this procedure may be of use to many liver cancer patients, it is not applicable for everyone. You are most likely not a candidate for PVE if you have severely compromised liver function, have systemic diseases such as diabetes that limit or prevent hypertrophy, have tumors that block access to the portal vein, or have renal failure. You should discuss your treatment options with your oncologist.

Portal vein embolization is performed as an outpatient procedure in a hospital by interventional radiologists. Your abdomen will be shaved and washed with a special soap, and a numbing medication is injected into the area. When it takes effect, the doctors insert a tiny needle into the blood vessels in your liver, guiding it into place using ultrasound. A small catheter or tube is also placed in the portal venous system, through which the doctors will inject embolizing particles to block the blood flow in certain portions of the portal vein. This may cause some discomfort, thus you will be sedated either with moderate sedation or general anesthesia. The time required for the procedure varies, but averages 1 to 2 hours.

After the procedure, the catheter is removed and you will be observed, usually overnight. The first day after discharge you should avoid driving, limit your activities, and get plenty of rest. Avoid physical exertion or heavy lifting for another three days. It is normal to feel some pain, so take pain medications as directed by your doctors. Full recovery takes 7 to 10 days. CT or MRI scans will be performed three to four weeks after the procedure to see how the liver hypertrophy is progressing. 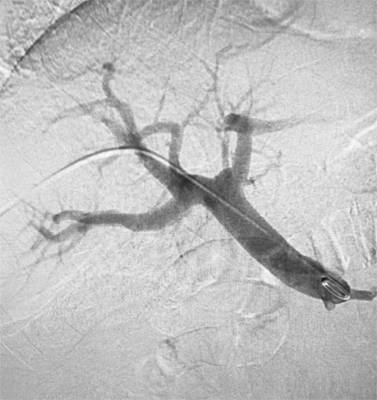 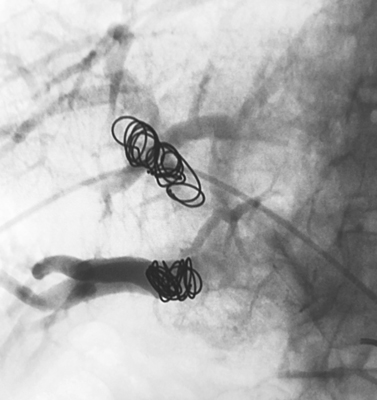